After talking to a pretty attractive guy for a few days, he asked me out this weekend. I was pretty strapped for time so I suggested next Friday. He came back saying he was going to a wedding next week. He hounded me for a coffee date all weekend (which I hate!) but promised it would be no longer than an hour.

Because he was pretty attractive in his pictures and my day plans with my mother were postponed, I agreed to meet for coffee at 11:00 a.m.

I woke up a little early to blow dry my hair and get ready. At 10:50 am, I was 5 minutes away from our location. I received a text from Douche McDoucherson stating he’d be there in 45. Not seconds. 45 MINUTES.

I had practically arrived and then immediately turned around.

Me: Ok. Afraid I don’t have the time, unfortunately.

Him: Ok. Yeah, sorry about that but I thought my car was at my place, but it’s at work.

Great. He was either hung over from the night before and forgot where he parked his car OR he was lying to see how long I’d wait (PUA/red pill tactic) OR a piss poor planner OR all of the above. I didn’t respond.

Who has time to wait 45 minutes for their date to show up?!

Since my free time is precious, I treat other people’s time as important too. Oh and did I mention the man is 36? He’s a little too old for this shit in my opinion (some arrested development going on). A precursor to why he’s still single?

I NEVER wait more than 15 minutes for my dates. If a guy doesn’t value your time enough to show up on the first date, marginally on time, it’s foreshadowing other dates to come. Since this guy and I never went out on a date, he’s now one of my lovely Online Dating Trolls Of The Week and deserves a big, fat NEXT–>.

Taking a break from some of my more “intellectual” posts on society, this post is a nice segway to the date I have planned on Saturday. He’s a single dad I’ll call sapiosexual (someone attracted to intelligence) based on our common interests. We’ve been chatting for weeks but our hectic schedules have yet to align until this weekend.

I’m also talking to another guy in his mid-30’s who is incredibly attractive but I’ve been kind of burned out on the dating scene and haven’t offered a time to meet.

This is one area in my life I don’t mind taking my time.

Somehow that doesn’t make me less creeped out…

I was chatting with a guy that seemed to have a promising personality- a gentleman and interesting. We escalated to WhatsApp within a week and found shared interests. Soon, he asked me out for Friday, but not before sizing up. In rapid-fire style, this guy asked me the following questions:

1.) Do you have higher education?

His Answer: Good. Jewish on both sides.

3.) Do you want more children?

My answer: Too soon to tell.

His answer: I’m not trying to chase shiny objects on the lawn. I mean, I do want children.

My answer: Well we haven’t even gone out yet!

His answer: I like to cover things ASAP. I find that many people don’t like late disclosure of things known all along.

I refused to answer this question. The honest truth is that I don’t know, it depends. But my main point is why even date and get to know someone romantically if you are going through a list? There are TOO many variables that may change my mind or actions in the future. My current life’s path isn’t solely defined by my future life’s path- it may change. I respect that he wants biological children, however I’m just trying to get through the days as a good parent with the one I have. Also, this is a better question asked in person.

I don’t want to waste anyone’s time either, but people rarely find a partner based on a check list because a person’s character shouldn’t be defined by a set of “asks.” Unless he wants to get married tomorrow (which there are plenty of girls out there who want that) I advised him to take things slow. Dating is a risk of your time, effort and resources. If you’re not willing to take the risk, then don’t date! I have practically no time or resources to date, but I take a risk every time I do. In my mind, so should the guy who is interested.

I believe that if you can’t take your own advice, better that you don’t give any at all. If your curious as to what outcome independence is, you can back-track here.

So without further adieu, here’s the cool-aid (I’m the blue bubble):

Before you cry foul over my “game” playing, I did make plans for dinner with a friend of mine on Thursday. Although he intimated that he was too busy to make concrete plans, he must have forgotten that I can see when he checks out my online dating profile- which he proceeded to do every morning for three days straight.

I heard this phrase “outcome independence” in reference to men and dating. This is one of the few times I won’t attribute the writer because at his core, he is a misogynist and I don’t make a habit of driving traffic to chauvinistic websites. To his credit, he is one of the milder offenders.

As a single mother, I think he has a stunningly good idea. His use of “outcome independence” reflects his ideals supporting open-relationships, which I disagree, however the term refers to a particular mindset. If single women, particularly single mothers, devote their time, energy and resources to one person without any type of ACTION-oriented commitment, chances are this arrangement will go badly for the time-strapped single mom. To be “outcome independent” is to carry a mindset of “whatever be will be” to any perceived commitment- it provides accountability towards ACTION rather than WORDS.

So what does that exactly mean? Living your life with a focused mission of happiness and getting rid of baggage that is a time waster or is inefficient. Some scenarios will illustrate:

Nope. To be outcome independent, Betty should go ahead with her original plans as if she never made date plans in the first place. She is letting the natural ebb and flow of dating take place. If he never follows up, chances are he had no intention of meeting her and is now an official TIME SUCK of her precious energy. She only commits energy to action, not promises.

Absolutely NOT. As engaging as Prince #2 seems, he fails to realize or acknowledge that Candace is a very busy individual too. She is practically jumping hoops to see him. His first cancellation may have been genuine, however his failures to meet for lunch are telling. Prince #2 likes the “girlfriend experience” of talking to Candace in an intimate way, but when rubber meets the road, he isn’t committing energy to getting to know her as his glib pronouncements may indicate. To maintain “outcome independence,” Candace shrugs, stops participating in their two hour chat sessions and gets on a dating service post-haste!

At this point, you’re probably saying NO! If Katie was truly outcome independent, she would have called her girlfriends and planned a night out. If and when Prince #3 called, he would have to work himself into her busy schedule. Katie would have remained free to enjoy her weekend to the fullest and if Prince #3 was lucky, he’d have the opportunity to see her.

I write this post is after reading other sad stories of single mothers and dating- they are stood up, pushed to the back-burner, or jump through hoops to get a date. This should NOT be happening. Once you let go of dating expectations, that’s when a man worthy of dating will come around and respect your independence, autonomy, time, energy and limited resources.

Garry was very tall (he didn’t lie) leaning against the entrance of Firehouse bar. He was playing with his phone, probably texting me directions. My phone had died and I was in Northeast D.C. pretty close to lost. But there he was. I got this tingly feeling. I get it when I see an attractive man I’m about to go on a date with.

It was all so inconsistent. We had perfectly fun, witty banter online and via text message, but in person, he was kind of a drag.

So I pressed on, drank on, and tried to entertain myself…talking to myself. His pothead roommate stopped by mid-date and chatted us up a bit (?). Even he had more personality in those brief few minutes.

The times he did talk, it was about his insatiable wanderlust mentality. He didn’t expect to live in D.C. more than two years. Great! That’s exactly what’s going to score you points in the D.C. dating scene.

The date didn’t last long. I was out of there by 11:30 p.m. and grateful. I got a few texts the next day (YouTube links to the kind of music he likes). I was nice but not too interested.

Hugh Jackman was a HUGE disappointment.

Nothing says I-will-not-murder-you-on-our-first-date like a profile picture of gloves, string and tools to bury me with at 1:41 a.m. 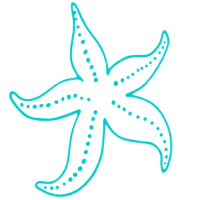